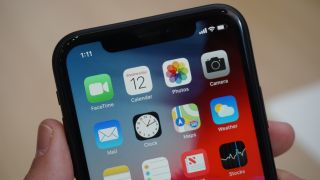 A switch in antenna technology might not be as exciting as a triple-lens rear camera, but it might help improve call quality and data transfer speeds – and it’s one change rumored to be heading to the 2019 iPhones and iPad Pros.

The revelation comes via a report from respected Apple analyst Ming-Chi Kuo, via MacRumors, someone who is usually on the mark when it comes to predicting Apple’s hardware moves in advance.

According to Kuo, the Apple phones and tablets launching later this year will switch from liquid crystal polymer (LCP) to modified-PI (MPI) material for their antennas, ahead of a move to 5G in 2020.

Without going into too much technical detail, what that should mean for end users is better performance for cellular connectivity – calls, data transfer while away from  Wi-Fi networks, and so on.

From LCP to MPI and back

The LCP technology is actually superior to MPI, in theory, but due to current technical limitations and technical issues it’s not reaching its potential. Kup says Apple will switch back to LCP in 2020.

In the meantime, MPI should be cheaper and easier to produce for Apple as it gears up to announce the successors to the iPhone XS, the iPhone XS Max and the iPhone XR. A launch event should get scheduled for September.

Another tidbit from Kuo’s report is that Apple is planning to refresh some if not all of the iPad models over the next 12 months, with new hardware slated to appear at the end of 2019 and the start of 2020.

Antenna tweaks aren’t quite as interesting as holographic displays or vein-scanning technology, but it all adds up to give us a better picture of what’s coming down the line for the 2019 iPhones.