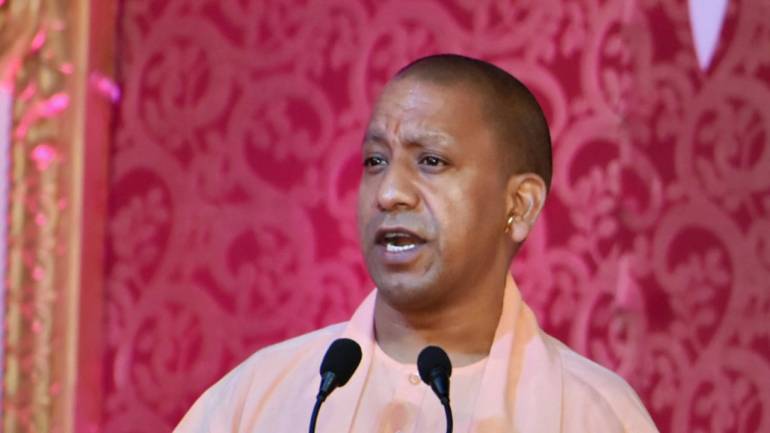 No one is allowed to play with India’s security under the Modi government, Uttar Pradesh Chief Minister Yogi Adityanath said.

“In the five years of the Modi government, be it the issue of national security or internal security or the (economic) growth, development is being seen everywhere. No one is being allowed to play with the security of the country today,” the chief minister said, addressing an election meeting in Pratapgarh.

“When Modiji had taken oath as prime minister for the first time on May 26, 2014, he had said his government will not be for any religion or individual,” said Adityanath.

“He had said his government will work for the poor, farmers, women, youths and all sections of society. Had the previous governments had any concern for the poor, the bank accounts of the poor would not have been opened after Modi came to power.

“Rajiv Gandhi used to say when 100 rupees are sent (from the Centre), only 10 rupees reach the poor. The power brokers used to snatch the poor’s share but it is not so now. Whatever is given by the government is directly deposited in their bank accounts,” he said.

He said the local industry based on amla fruit is being taken up under the ‘one-district one-product’ scheme of the state government and will also get branding.

Speaking of his government’s work, he said anti-Romeo squads have been set up for the safety and security of girls and laws have been framed to deal with land mafias.

Later, addressing an election meeting in Rae Bareli, Adityanath took a jibe at the Congress.

“When our army was killing terrorists at Batla House, one of the members of the royal Gandhi family was shedding tears. Due to this royal family, the locals are deprived of development and basic amenities. Congress has never shed tears over employment, financial independence and prosperity of the youth… Those who haven’t done any development in Rae Bareli and Amethi, are dreaming to take over the reins of our country.”

He added that only Modi-led BJP government has a strong will to counter terrorism.

While addressing a rally in Gonda, he slammed SP and BSP, and said, “Two-three years back, the condition of roads of Gonda, Balrampur, Bahraich and Shravasti were worst.”

“Is it fair to question the martyrdom of our brave soldiers and sympathizers of the terrorists? “Only Modi-led BJP government has the strong will power to counter terrorism,” he asked the audience.

He also addressed an election rally in Kaushambi and attacked the Congress party.