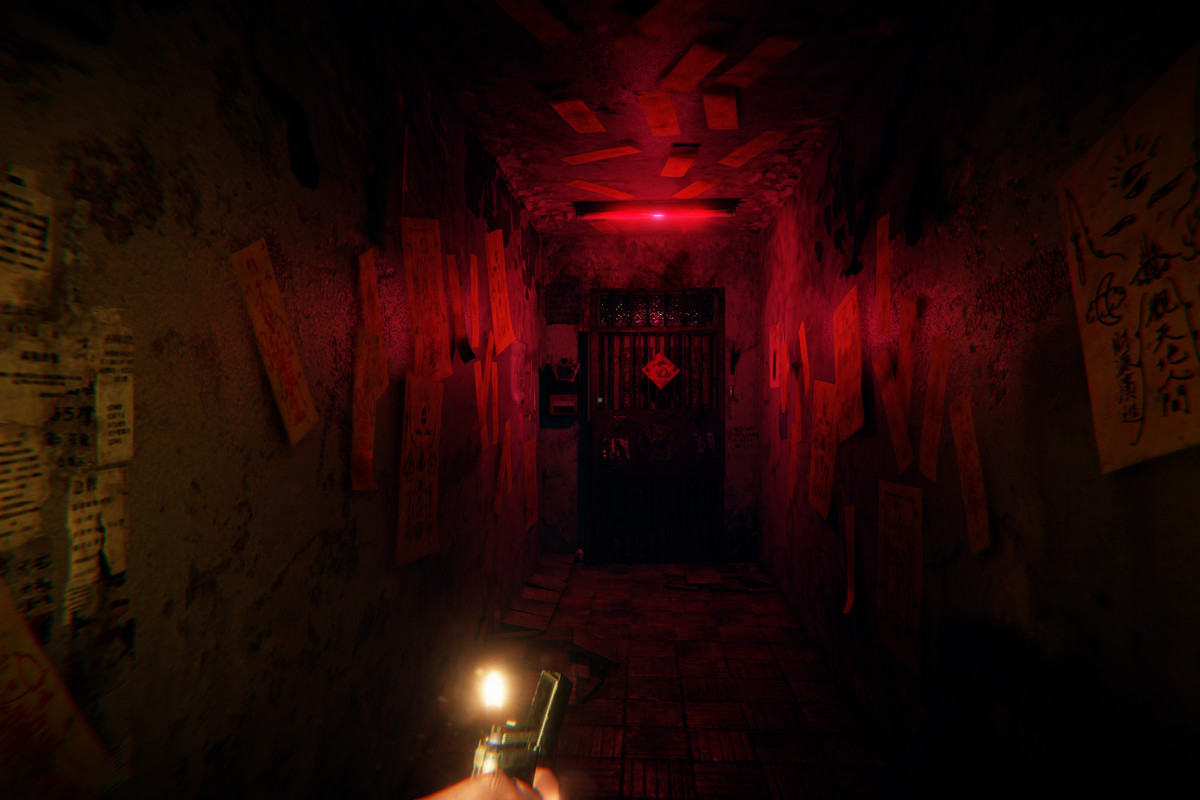 Taiwanese horror game Devotion has been removed from Steam by its developers after it drew the ire of Chinese gamers by including a meme that mocked Chinese President Xi Jinping. The meme angered gamers enough that they left thousands of thumbs-down reviews on Steam for Devotion, forcing the developer to apologize, as spotted earlier by Polygon. Developers now say the game will return after a quality check.

Twitch’s hottest psychological horror game Devotion takes players through an abandoned 1980s apartment complex in Taiwan where they have to figure out what happened to the religious family that once lived there. It’s the second horror game from the Taiwanese studio Red Candle Games, which also produced Detention. One unexpected Easter egg on the walls, though: a poster of a cursed talisman that says “Xi Jinping Winnie-the-Pooh moron.”

As of 2:20PM ET, Devotion’s Steam page went down, although the Steam page for the game’s soundtrack (and a “deluxe” bundle that now only includes that soundtrack) remained up. According to SteamDB, which tracks changes on the Steam storefront, the game was indeed removed. It also appears that Red Candle Games has removed all its YouTube videos of the game.

Red Candle Games wrote in a post published to Facebook and Steam today: “Due to technical issues that cause unexpected crashes and among other reasons, we are pulling Devotion off from Steam store to have another complete QA check.” It also stated that it would take the time to review the game for any other controversial material, in light of Chinese users’ outrage. “Our team would also review our game material once again making sure no other unintended materials was inserted in. Hopefully this would help all audience to focus on the game itself again upon its return.”

Chinese internet users have been suggesting the president bears a strong likeness to Winnie the Pooh in tongue-in-cheek memes for years, but their efforts have largely been censored. The memes even crossed over to Reddit this month, as users protested Chinese conglomerate Tencent’s investment in Reddit by filling up the site’s front page with Winnie the Pooh memes and photos of the Tiananmen Square massacre.

So it’s clear that making fun of Xi Jinping through memes is fair play to many Chinese internet users. But many reviews on Steam said that the real reason why the Easter egg ended up being so antagonizing was because it felt like the developers of Red Candle Games were hiding political views within a product and baiting Chinese users into buying it. Basically, the game was tricking mainlanders into supporting Taiwanese independence from China and the hidden politics ruined all the fun.

Ever since 1949, when China became communist and the Kuomintang Nationalist Party, which lost the civil war, fled to Taiwan, the question of whether Taiwan is a country or a province of China has been a subject of huge controversy. The number of countries that recognize Taiwanese independence has slimmed down over the years, under pressure from Beijing. Some in Taiwan still hold views that it should remain its own country, practicing democracy.

The offending poster blends in with the other wall decorations, so that only an observant gamer would even pick up on it. But it was still enough to bring the game’s overall rating on Steam down to be mostly negative. Mind you, it’s not clear if those reviewing Devotion are actual players from China or just paid internet commentators.

One Chinese user wrote in a Steam review: “The game developers truly disappoint me when they dare to secretly include such a sensitive bomb while selling their products to Chinese players who, at the very beginning, know nothing about those message until they are revealed as late as yesterday.”

Red Candle Games apologized on Steam on Saturday, saying that the team had used internet slang as placeholders while working on the game, but forgot to delete all of them. It said it had replaced the poster earlier on February 21st in a new patch after it was discovered. “We are deeply sorry for the trouble it caused to everyone, and that we sincerely ask for the forgiveness of our players,” Red Candle Games wrote.

In a later statement published today, Red Candle Games continued: “It is not Red Candle’s vision to secretly project extensive ideology, nor is it to attack any person in the real world. Even if the sensitive art element was wrongfully placed before, we kindly ask you not to over interpret other game material.” It noted that its official Weibo account had been shut down and it was appealing to Weibo to reinstate it.

The controversy could have consequences for Valve’s plans to launch a local version of Steam in China, partnering with Shanghai-based video game developer Perfect World to help it transition better with local laws. But Chinese gamers aren’t exactly excited for a localized version to launch — the global version of Steam is still accessible to them now, and they’re afraid the local version would replace it with a much more limited selection of games.